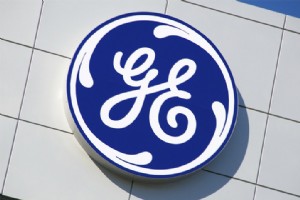 General Electric Co. will pluck the commercial LED business from its lighting unit and combine it with software, solar and energy storage to offer companies more efficient systems that are expected to propel revenue growth fivefold by 2020.

Current, as GE calls the new business, will increase annual sales to about $5 billion in five years from its start at $1 billion. LED, or light-emitting diode, revenue jumped 77 percent in the second quarter while the unit’s other products fell 17 percent.

Chief Executive Officer Jeff Immelt is focusing on building up the manufacturing units, which make products ranging from jet engines to oilfield equipment, and shrinking the GE Capital lending arm. GE has already jettisoned $97 billion in credit and real estate assets as it returns to its industrial roots.

GE has been testing the combination of LED lights, sensors and software analytics to reduce costs at commercial buildings, where lighting account for about 20 percent of energy costs, said Maryrose Sylvester, who will be chief of Current and remain head of GE Lighting. Retailers using the combined products will be able to determine where customers spend most of their time in a store to use lighting more efficiently, for instance, and cities will be able to monitor traffic patterns.

The new unit also will offer solar, energy storage and electric vehicle-charging technology and have options to tap Fairfield, Connecticut-based GE financing for projects, she said.

“We’re ready to pull it all together into an overall suite of actions and solutions for customers,” she said. “The opportunity is massive.”

The new commercial lighting unit is part of GE’s push to add sensors and software analytics called Predix to all its products to collect data that can predict when a part is going to fail or can show how to run machinery more efficiently.

Current will be built around commercial LED, but the software analytics eventually will generate as much revenue as the hardware, Sylvester said. Commercial LED on its own will bring between $750 million and $1 billion of revenue to start the new venture. Current will create 200 new jobs and be based in the Boston area, GE said.

The Lighting unit now will focus on a consumer LED business that has about $250 million of annual revenue. LED is at a tipping point where it’s becoming popular with consumers, Sylvester said. In 2014, GE Lighting had revenue of about $2.5 billion.